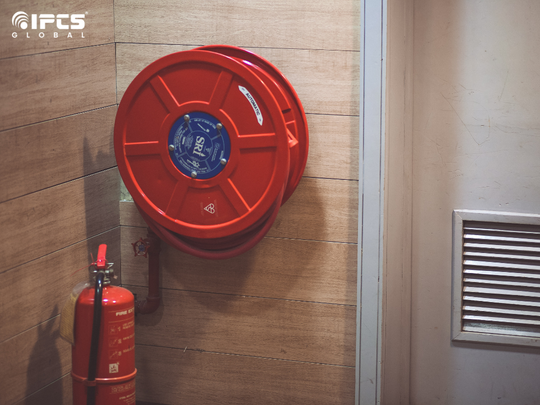 Learn about SCADA system and how does it work

What is mean by SCADA

SCADA, which stands for supervisory control and data acquisition, is an architecture for control systems that includes computers for high-level process supervisory management, networked data communications, and graphical user interfaces.

Other peripheral devices such discrete proportional integral derivative and programmable logic controllers, which are well recognised for interacting with process machinery and plant, are also included in it. SCADA systems are used in the construction industry to operate and manage project-driven activities.

The SCADA computer system is well recognised for managing a variety of operator interfaces that make it possible to issue and monitor process directives like changing the controller set point.

The networked modules that are connected to the field actuators and sensors carry out the real-time control logic or controller calculations, which are an example of subordinated operations.

As a result of how SCADA was created, it is now a widely used method of remote access to different local control modules. Different SCADA manufacturers are renowned for enabling access over a standard automation protocol.

Huge SCADA systems have developed through time to resemble distributed control systems that are currently in use. These have a reputation for being effective at controlling complicated processes involving many different sites. These are capable of operating over both short and long distances.

SCADA systems are built around supervisory computers, which are renowned for acquiring process data. These have a reputation for sending control commands to field-connected equipment. These are the computer and software that are in charge of corresponding with the controllers that link the field.

Actuators and sensors in the process are coupled to programmable logic controllers, or PLCs. The supervisory system is known to be networked to them. The SCADA systems are connected at high speed to the factory automation systems.

These can connect wirelessly to SCADA in remote applications like a sizable water treatment plant. These were the original platform for computer languages and were created specifically for controlling.

RTUs, or remote terminal units, are linked to the process’ actuators and sensors. These are networked to the computer system that serves as the supervisor. These support automation, usually follow the programming standard, and include embedded control features.

The HMI, or human-machine interface, serves as the supervisory system’s operator window. It is renowned for using graphics to convey plant information to the operating staff. These graphical representations include alarm pages, event logging pages, and mimic diagrams, which are schematic representations of the controlled plant.

The SCADA supervisory computer is connected to the human-machine interface to drive mimic diagrams, trending graphs, and warning displays with real-time data. In many systems, the HMI serves as the operators’ graphical user interface. It gathers information from outside devices, notifies users, sets alarms, and generates reports.

The supervisory computer system is connected to the PLCs and RTUs by the communication infrastructure. Both PLCs and RTUs are noted for their autonomous functioning on the near-real-time process control, whether they use manufacturer proprietary protocols or industry standards.

Fourth-generation IoT SCADA systems are now more affordable thanks to cloud computing’s role in IoT implementation. Compared to other systems, these systems’ maintenance is thought to be simple.

The state of these systems can be relayed in real-time using cloud computing. This is why it is possible to develop the algorithms that include complex control and are typically used on standard PLCs.

The control functions may be split over different systems by connecting them with a LAN, or local area network, in distributed SCADA systems, which are of the second generation of systems. The control actions can be carried out by combining command processing and real-time data.

In these kinds of systems, each station’s price and size are decreased. It should be mentioned that they don’t actually have any uniform protocols. Due to the fact that the protocols were regarded as proprietary, very few people were familiar with SCADA system security.

The connection and networking of the current SCADA systems may be accomplished by utilising the WAN system via phones or data lines; these systems are referred to as third-generation systems. Fiber-optic connections or Ethernet can be used to transmit data between two nodes.

Many aspects, including trend curves and patterns, data access and retrieval, computer networking and processing, and management of alarms, are present in SCADA systems.

The trend curves and patterns include data visualisation and trend zooming. It is renowned for exporting and keeping track of past trend data. It does this by displaying both short-term and long-term trends based on events. It offers the ability of changing the time base online and retrieving past trend data that has been archived.

The support of compatible networks and protocols is a hallmark of computer networking and processing. In addition to dual networks for full LAN redundancy, it includes trend, report, and alarm processing from data that is accessible from anywhere in the network.

Particularly included in alarm handling are time-stamped alarms with a precision of one millisecond. It is a single network acknowledgment that manages alerts by disseminating and showing consumers alarms in chronological order.

Additionally, it is renowned for dynamic alarm page allocation, tracking deviations, and rate of change monitoring for analogue alarms. Additionally, it provides a historical alarm and event logging option.

The use of equipment is prolonged thanks to SCADA systems, which also provide quick access to information on how well a system is working. It lowers the labour costs associated with providing services or doing troubleshooting.

The automated report creation results in increased compliance with the regulatory agencies. There is no requirement for a sizable capital investment in these systems. Many businesses utilise this system to give customers access to data displays, trending, reporting, and alarms from remote equipment in real-time.