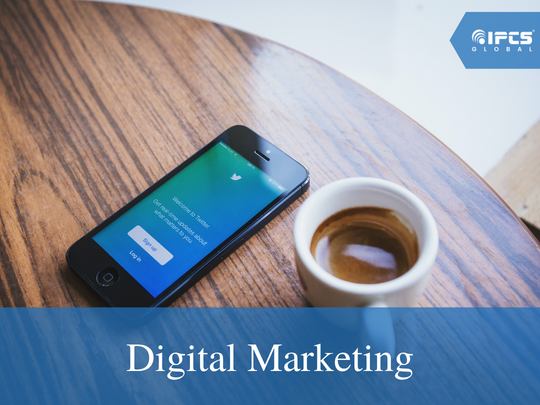 Twitter was launched in 2006, initially it was a micro-blogging platform which allowed users to share 140-character posts also known as “tweets”. It came into boom after a year of its establishment where there used to be 60000 tweets per day rising from 20000 tweets per day due to the Southwest conference. The current character limit of twitter is 280 characters. Twitter on an average has 284 million active users and 396.5 Million Users Globally. The U.S. Has the Most Twitter Users.

A study says at Least 500 Million Tweets Are Sent Every Day. Twitter is also a very good platform to do advertisements also, recently Generated More Than $3.2 Million in Advertising Revenue. The Younger generation also makes use of twitter to a great extent, 52% of All Tweets in 2020 Came From Gen-Z Users. IPCS Global provides various Digital Marketing courses in Pune.

No information should go in a vague form by any brand on any social media platform. There should be some goal/motto behind putting any information on any platform. The reason behind your tweet can be to share some update or information, get engagement on tweet or maybe just connect to your followers. The goal should always be measurable.

Once you are done with deciding the goal of your tweet, then you have to see and understand whether your audience wishes to prefer the kind of tweet you are planning to publish. Your tweets should add some value or entertainment for your audience, only then you get a good response for your post. Choose your words wisely as no wrong message should be conveyed by your post.

The current character limit for tweets is 280. One must try to put the message/post content very specific and clear because you have only 280 characters to put in your content. Keep it as short as possible. Posts with short and crisp messages have more engagement.

Twitter automatically shortens the URL you include in your contents. At times due to this, it becomes harder to tell whether you copied the right link or not. If due to some mistake you link some wrong data to wrong content then you may lose traffic to your URL. So to be on the safer side, check the link by opening it in a new tab and see whether the link is correct or not.

According to a study,

Hashtags play a vital role while making your posts visible to a large audience. Always include high quality hashtags in your post content to get a better reach and response. Do not do hashtag stuffing, use 2-3 hashtags per post.

There are some words on twitter who perform a lot better compared to other words, they are called “Power words”. These powerful words help you get more reach and re-tweets. Understand your audience and share things your audience might enjoy including some of these power words.

Some Power words are:-

Not only tweeting with power words and hashtags is enough but tweeting at the right time is one more very important point to be noted. The right time to tweet depends on your audience and goals. It is normally said that Sundays have 30% higher engagement compared to other days of the week.

The 10:4:1 rule is used as a format for the style and types of content you will put on twitter. The basics behind the 10:4:1 rule is that for every fifteen posts on social media, ten will be of other industry expert’s content, four will be your own content, and one will be a call to action.

Your visual appeal plays a crucial role to attract people to you by making them more interactive. Use impressive and self explanatory images.The ideal size for a tweet’s image is 1024 x 512 px. Images drive more engagement and generate more leads compared to all other forms. You can use GIFs too. Upload videos also to make your profile and post more eye-catching.

With Twitter Cards, you can attach rich photos, videos and media experiences to Tweets, helping to drive traffic to your website. Simply add a few lines of markup to your webpage, and users who Tweet links to your content will have a “Card” added to the Tweet that’s visible to their followers.

To be updated about all twitter updates, you must be present everywhere and participate in chats to show your presence on Twitter. Try to express your honest opinions and views in chats.

Participating in threads is also a good way to stay connected to trending topics and the audience at large. It lets your audience and followers know that you are well updated with the latest happenings.

Using twitter lead generation cards is very beneficial as the autofill the users email address which saves a lot of users time when they want to respond to your ad.

Twitter is a very vast platform for any brand to make their presence and get a good amount of audience. According to a study, Twitter drives a 40% greater ROI than other social channels and 10% of Twitter Users Are Responsible for 92% of Tweets. You can learn on how to excel twitter and its marketing through the Digital marketing course in Pune provided by IPCS Global.