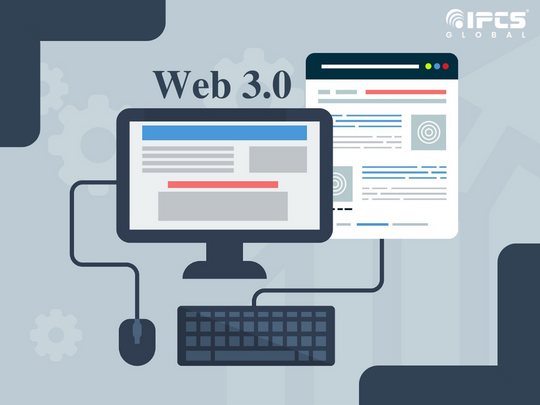 Web 3 is the third generation of the internet that is currently being developed. Through the use of technologies like artificial intelligence (AI), machine learning (ML), big data, decentralised ledger technology (DLT), and others, websites and apps will be able to process information in a smart, human-like manner.

If we consider the shift from Web2 to Web3, Web3 is currently still a rather unclear notion that could take 5–10 years to develop. In reality, a lengthy Web2.5 era in which Web2 platforms progressively adopt important Web3 protocols may very well be what we initially witness.

There is broad agreement among experts that, to achieve proper decentralization, blockchain-powered applications will be essential to its success, while AI and ML tools will help automate and expand it as necessary for it to become a semantic web.

Tim Berners-Lee, the creator of the World Wide Web, originally referred to Web3 as the Semantic Web. Its goal was to create a more independent, intelligent, and open internet.

The definition of Web3 can be enlarged to mean that data would be connected in a decentralized manner. This would be a significant improvement over Web 2.0, where data is primarily held in centralized repositories and is thus vulnerable to manipulation or worse.

Users and machines will be able to communicate with data as well. Programs must be able to comprehend information theoretically and culturally for this to happen, though. In light of this, semantic web and artificial intelligence (AI) technologies are the two pillars of Web3.

To really understand the next stage of the internet, we need to take a look at the 5 key features of Web3:

Being or having the ability to be everywhere, especially at once, is referred to as ubiquitousness. To put it another way, ubiquitous In that way, Web 2.0 is already pervasive. For instance, a Facebook user can instantaneously take a photo and publish it, making it pervasive because it is accessible to everyone, anywhere, who has access to the social networking platform.

Simply put, Web3 goes one step further by providing universal access to the internet at all times and from any location. Internet of Things (IoT) technology will eventually lead to the emergence of numerous new categories of smart devices so that internet-connected gadgets won’t be limited to computers and smartphones in the future like they were in Web 2.0.

The study of word relationships is known as semantics. Berners-Lee claims that the Semantic Web makes it possible for computers to examine vast amounts of Web-based data, including content, transactions, and links between people. How would this look? Take these two statements as an example:

Although their syntax may be different, their semantics are essentially the same because semantics solely deals with the content’s meaning or emotion.Machines would be able to decode meaning and emotions by analyzing data if semantics were applied to the Web. Because of improved data connectivity, internet users will enjoy a better experience.

AI is defined by Wikipedia as machine intelligence.

And because Web3 machines are capable of reading and interpreting the meaning and feelings a piece of data conveys, it creates intelligent machines. Even if Web 2.0 offers comparable capabilities, it is still largely human-based, which leaves room for dishonest practices like biassed product evaluations and rigged ratings.For instance, Trustpilot and other internet review sites give customers a means to rate any good or service. Regrettably, a business can easily assemble a sizable crowd of people and pay them to write favorable reviews for its deserved items. Therefore, for the internet to deliver trustworthy data, AI must learn how to differentiate between the real and the fake.

Following the Gamespot trading fiasco, Google’s AI system recently erased around 100,000 negative evaluations of the Robinhood app from the Play Store after it discovered attempts to artificially lower the app’s rating. This is artificial intelligence (AI) in action, which will soon be smoothly integrated into Internet 3.0, allowing blogs and other online platforms to sift through data and customize it to each user’s preferences. AI will eventually be able to give users the best filtered and impartial data possible as it develops.

Because it aspires to obfuscate the distinction between the physical and the digital by reinventing graphics technology and bringing three-dimensional (3D) virtual environments into sharp relief, some futurists also refer to Web3 as the Spatial Web.In contrast to their 2D counterparts, 3D graphics provide a new level of immersion in a variety of fields, including e-commerce, real estate, health, and futuristic gaming applications like Decentraland.

Due to their capacity to enable the decentralised transmission of data and money on a global scale in a completely trustworthy, transparent, and unchangeable manner, blockchain and cryptocurrency technologies have seen a significant increase in popularity in the past ten years. This makes it perfect for an internet that needs to be able to safeguard information privacy and fend against outside censorship or sabotage attempts.However, the following growth of Defi, NFTs, and now Web3 give a clear roadmap to a future digital economy, whereas crypto in particular has in the past struggled to deliver a compelling use case beyond being some type of digital gold.

IPCS Global offers the best in class python and data science courses in trivandrum with assured placements. Classes are taken by the industrial experts.