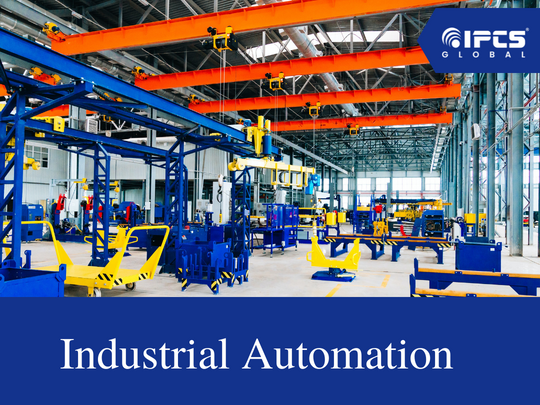 The market for industrial automation and control systems will be worth $288.93 billion by 2028.

A credible analysis predicts that the global market for industrial automation and control systems will reach USD 288.93 billion by 2028, growing at a CAGR of 8.9% during the time frame under consideration. Over time, the industry has grown thanks to the growth of computerised industrial solutions. To simplify and streamline their daily operations, manufacturing facilities are heavily investing in the implementation of automation technologies. Information technology and control systems like computers or robots are used in industrial automation to replace workers in a variety of machinery and operations.

Industrial automation ensures constant output and results, which is one of its key advantages. The rate of operation for computers, robots, and automated equipment is constant. This makes sure that the manufacturing rate is more under control. It provides consistent production and best-in-class work product.

The report’s main industry insights and findings are as follows:

1.In order to maintain their competitiveness in the industry, market participants are primarily focused on putting tactics like collaborations, new product innovations, mergers and acquisitions, and geographic expansions into action.

3.To achieve accuracy and precision in the production processes, the market is seeing a great increase in the deployment of industrial robots. From 2021 to 2028, the segment is anticipated to experience a CAGR greater than 11.0%.

4.End users are continuously investing in the Middle East and Africa to improve their conventional manufacturing facilities and implement sophisticated automation processes, which is accelerating the adoption of industrial.

Market Growth and Trends for Industrial Automation and Control Systems

It is important to note that the emergence of Industry 4.0 has created a wide range of opportunities for industry players involved in automation, intelligent control systems, robotics, and IoT. Leading manufacturers of industrial automation and control systems integrate cutting-edge technologies into their product lines to help users streamline and improve their daily routines. Additionally, businesses are putting a lot of effort into developing industry-specific, specialised systems to cut costs of production, improve efficiency, provide enough resources, and standardise operations.

Due to the governments’ response to the coronavirus epidemic, which resulted in the partial or whole shutdown of production plants, the lethal virus’s escalating incidence has been under control. The virus’ devastating effects exposed the serious flaws in the manufacturing sector. Companies are rebuilding their sustainability plans in an effort to regain strength, and they are also modifying their supply chain tactics by implementing automation to lessen the impact of the crisis on the scope of production in the future.

Industrial robots have been widely adopted by many economic sectors throughout the world, encouraged by numerous incentives provided by the governments to assist the industrial sectors in advancing their operations in terms of quantity and quality. The adoption of automation in industries is projected to be aided by the surge in demand for collaborative robots across all industries. These robots are designed for both huge corporations and small and medium-sized businesses, or SMEs. Due to their adaptability, industrial robots are also being employed more frequently for both old and new applications. The aforementioned elements have played a significant role in increasing public interest in industrial robots.

In conclusion, industrial robots provide producers and business owners with a high positive ROI that is spread out over a lengthy period of time and increases over time. When compared to a one-time or replacement purchase, the initial cost of buying the robots is relatively high and may prove to be expensive for enterprises who buy this equipment in bulk. However, a significant factor supporting the use of industrial robots and further positively influencing the growth of the global industrial automation and control systems market is the high cost of employing manual labour along with the requirement to provide benefits like promotions, health and safety compensation and insurance, benefit packages, rising wages on an annual basis, and paid leaves.

The industry’s quick growth may be attributed to the actions made by market participants to eventually broaden their geographic reach and product offering. Companies that provide industrial automation and control systems are merging, buying, and working together with other businesses to expand their capabilities. For instance, Walker Industrial Products, Inc., a premier producer of automation systems, was acquired by Graybar, a major American distributor, in August 2022. The business scope will continue to be driven by similar initiatives being made by numerous other organisations to integrate automation in their portfolio. ABB, Mitsubishi Electric Corporation, Siemens, Honeywell International, Inc., and Schneider Electric are just a few of the well-known manufacturers of industrial automation and control systems.

The market for industrial automation and control systems has been divided by region, vertical, control system, and component, according to Grand View Research.